Proofs Of Her ‘Ismah (Sinlessness), Some of the signs proving her status with Allah (swt), and traditions indicating her excellence and exalted status, one of the most incontrovertible proofs of Fatimah’s (s.a) sinlessness is Allah’s (swt) saying: Surely Allah wishes to remove all abomination from you, O People of the House, and purify you with a great purification (Quran 33:33)

The argument in favor of this, is that the Muslim community has unanimously agreed that the ‘People of the House’ (i.e. Ahlul-Bayt (as)), intended in this verse are the People of the Household of the Messenger of Allah (saaw). Traditions (ahadith) of both the Shi’i and Sunni communities have asserted that this verse particularly refers to Ali (as), Fatimah (as), Hasan (as) and Husayn (as).

The Prophet (saaw), moreover, spread over them all one day a Khaybarite mantle and prayed: “O Allah (swt), these are the People of my Household, remove all abomination from them and purify them with a great purification!” Umm Salamah said: “I too, O Apostle of Allah (saaw), am of the People of your House!” He answered: “Your lot shall be good!”

Another proof of Fatimah’s (as) sinlessness is the Prophet’s (saaw) saying concerning her: “Fatimah (as) is part of me. Whatever causes her hurt, hurts me.” He (saaw) also said: “Whoever hurts Fatimah (as), hurts me, and whoever hurts me, hurts Allah (swt), exalted be His Majesty!” The Prophet (saaw) said further: “Allah (swt) becomes wrathful for Fatimah’s (as) anger, and is pleased at her pleasure.” Had she been one who was guilty of committing sins, it would not be that anyone causing her hurt would by this cause the Prophet (saaw) himself hurt in any way. On the contrary, if anyone were to disgrace and hurt her deservedly – even if he were to inflict upon her the severest punishment permitted by the limits set by Allah (swt) – if her action necessitated such retaliation, it would be pleasing to him. Among the signs indicating Fatimah’s (s.a) exalted status with Allah (swt) is an incident related by both Shi’i and Sunni traditionists on the authority of Maymunah (the Prophet’s wife) , who reported that Fatimah (s.a) was found asleep one day, the hand-mill beside her turning of its own accord. She informed the Apostle of Allah (saaw) of this, and he said: “Allah (swt) knew the weak condition of His handmaid; He thus inspired the hand-mill to turn by itself, and so it did.” Among the reports asserting her excellence and high distinction over all other women is the tradition reported on the authority of ‘A’ishah who said: “I never saw a man more beloved of the Apostle of Allah (saaw) than ‘Ali (as), or a woman more dear to him than Fatimah (s.a).” 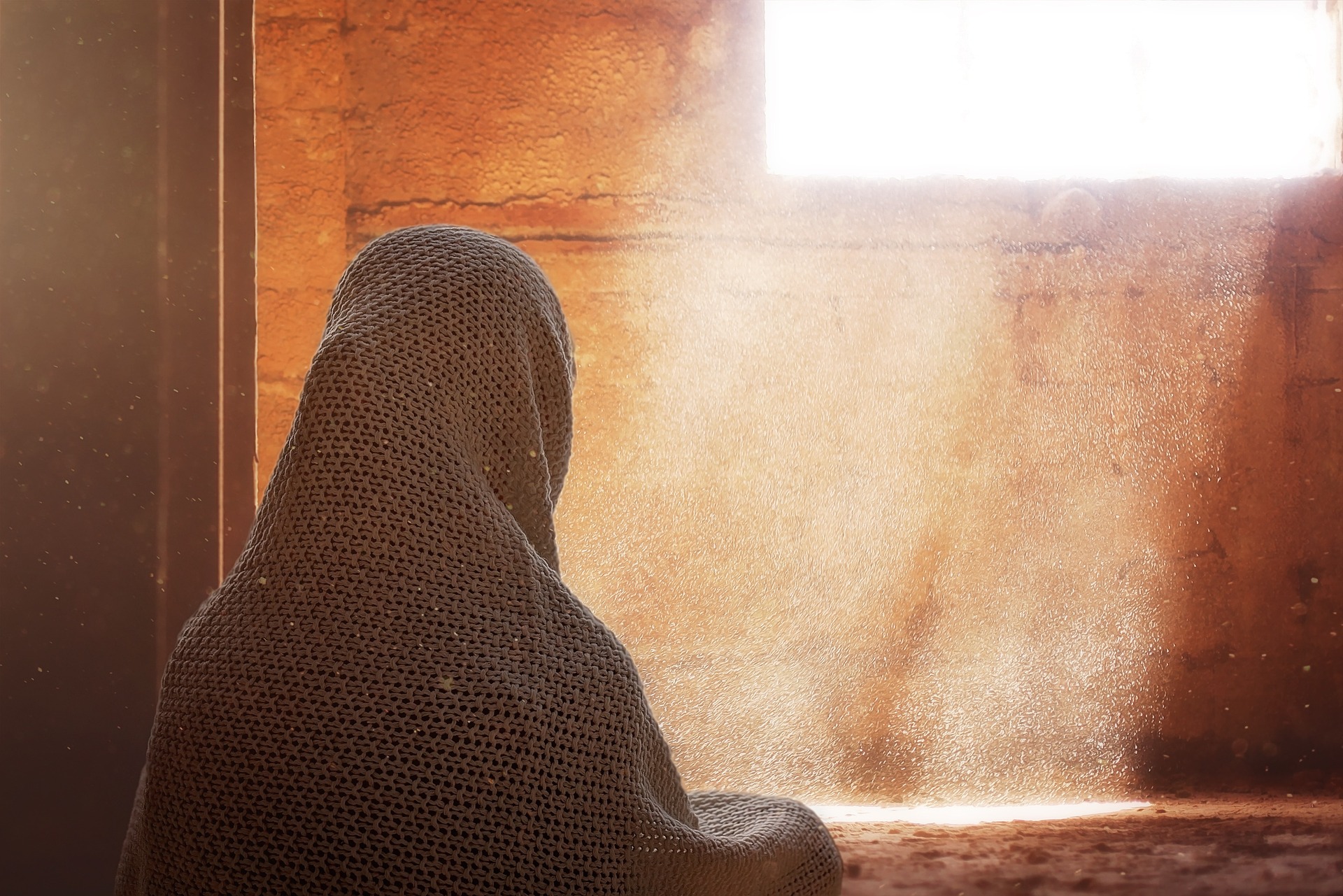 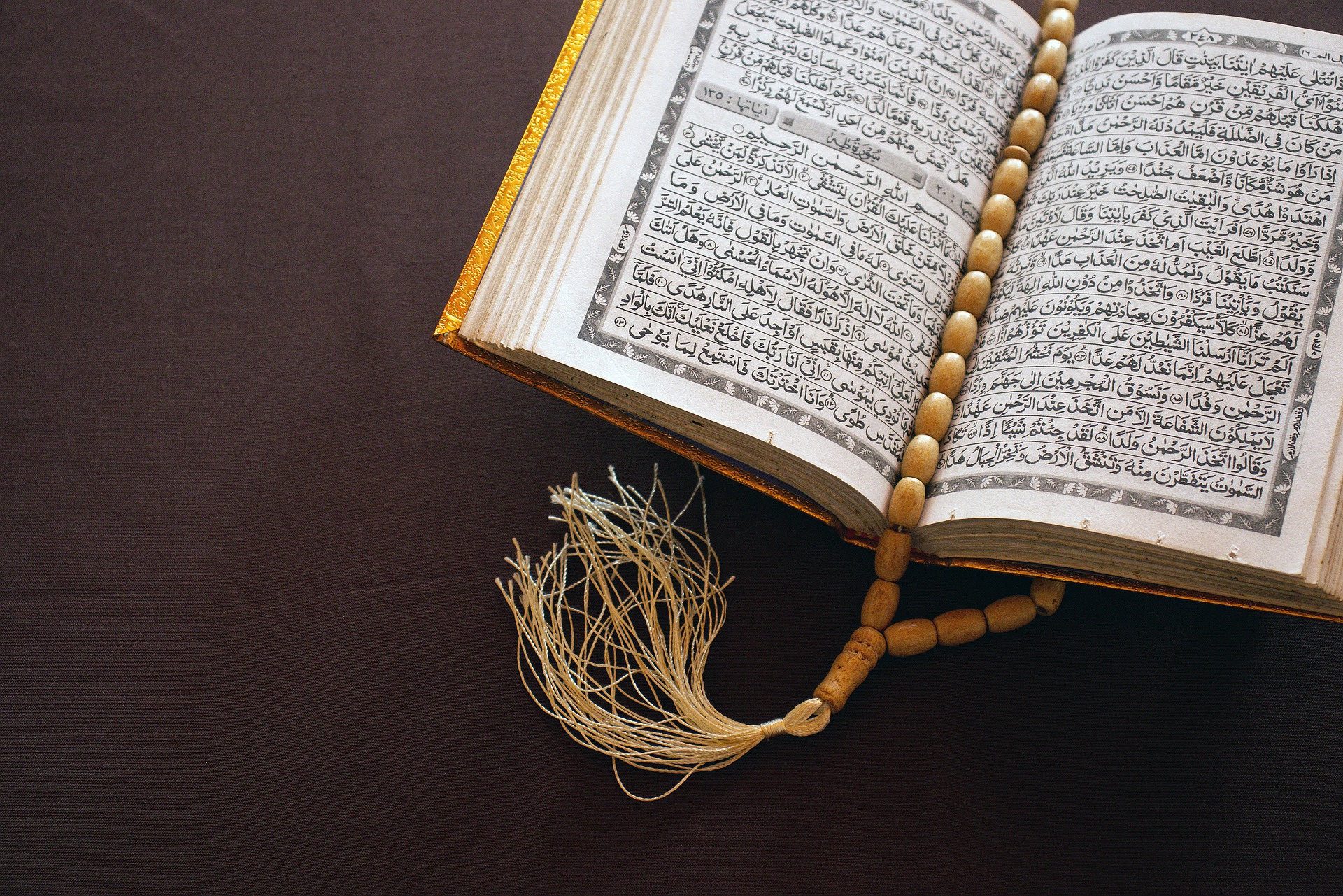 Among the things which Allah (swt) completed the great honour of the Commander of the Faithful (as) in this world and the world to come was His special favor towards him in having him unite in marriage with the noble daughter of the Messenger of Allah (saaw), who was the most beloved of all creatures to him, the consolation of his eyes and mistress of the women of the world. Among the many hadith (traditions) concerning this event is the sound hadith reported on the authority of Anas ibn Malik, who said: “As the Apostle of Allah (saaw) was sitting one day, Ali (as) came to see him. He addressed him saying, ‘O ‘Ali (as), what brings you here?’ ‘I came only to greet you with the salutation of peace’, Ali (as) replied. The Prophet (saaw) declared: ‘Here comes Gabriel to tell me that Allah (swt) has willed to unite you in marriage with Fatimah (s.a), peace be upon her. He has, moreover, called as witnesses to her marriage a thousand thousand angels. Allah (swt) has revealed to the tree of Tuba, ” Scatter your pearls and rubies! ” Black-eyed houris rushed to pick the precious stones up, which they shall exchange as presents among them till the Day of Resurrection.'” It is related on the authority of Ibn ‘Abbas, who said: “On the night when Fatimah (s.a) was married to Ali (as), the Messenger of Allah (saaw) stood before her. Gabriel stood at her right hand and Michael at her left. Seventy thousand angels stood behind her, praising and sanctifying Allah (swt). The Commander of the Faithful (as) prided himself on his marriage to her on numerous occasions.” Abu Ishaq ath-Thaqaf reported on the authority of Hakim ibn Jubayr, who reported from al-Hajari who related from his uncle who said: “I heard Ali (as) say one day, “I shall utter words which no other man would utter but that he would be a liar. I am ‘Abdullah (Allah’s (swt) servant), and the brother of the Apostle of Allah (saaw). I am the one whose guardian is the Prophet (saaw) of mercy, for I have married, the mistress of all the women of the community. I am the best of the vicegerents.”

﻿Numerous reports expressing similar ideas have been transmitted. ath-Thaqafi reported on the authority of Buraydah, who said: “On the nuptial night of Ali (as) and Fatimah (s.a), the Prophet (saaw) said to Ali (as), ‘Do not do anything until you see me.’ He then brought water – or the traditionist reported that he called for water – which he used to perform his ablutions for prayers, pouring the rest over ‘Ali (as). The Prophet (saaw) then prayed, ‘O Allah (swt), bless them! Shower your blessings over them, and bless for them their two young lions (that is, their two sons Hasan (as) and Husayn (as).” ath-Thaqafi also related on the authority of Shurahil ibn Abi Sa’d, who said: “On the morning after Fatimah’s (s.a) wedding, the Prophet (saaw) brought a skinful of milk, and said to Fatimah (s.a), ‘Drink! May your father be a ransom for you.’ He likewise said to Ali (as), ‘Drink! May your cousin be a ransom for you.'” Imam Hasan Askari(a.s), our 11th Imam said: “A woman came to Fatimah Zahra(s.a) and said: ” I have a weak mother who has become confused about a matter related to her prayer, so she sent me to inquire from you about it.” Lady Fatimah (s.a) answered her; the woman repeatedly came with questions for Lady Fatimah (s.a), and she kindly answered her every time. One day the woman again approached Lady Fatimah (s.a) with another question from her mother and said to Lady Fatimah (s.a): “I shall not inconvenience you any more, O’ daughter of the Messenger of Allah(saaw)”. Lady Fatimah (as) replied ” Ask me regarding anything which comes to your mind, because if a man had been hired to transport a heavy load to the top of a mountain for a reward of one thousand dinars, do you think it would bother him?” The woman said “No”. Lady Fatimah (s.a) continued “My reward for answering every inquiry is more than that which fills the space between the ground and the throne with pearls; thus, I should be more apt to answer your questions, for surely I heard my father say”: ” When the scholars of our Shia are gathered on the day of resurrection, they will be bestowed with the garments of honour equal in quantity to their knowledge and struggle to guide the worshippers of Allah(swt), up to the point that anyone of them will be gifted with one million garments of light.”

Then the caller of our Exalted and Glorified Lord will say: ” O you guardians of the orphans of Muhammed(saaw). You who inspire them when they are separated from their fathers, who are their Imams; these are your pupils and the orphans whom you guarded and inspired, therefore bestow them with garments of knowledge in life”. Thus they will bestow each orphan with that which corresponds to the amount of knowledge he received from them (the scholars); up to the point that some orphans are bestowed with one million garments. Likewise, the orphans bestow those who learnt from them. Then Allah(swt), the Exalted said: “Repeat upon these scholars, the guardians of the orphans, the bestowment and double and complete for them and for those who follow them” Lady Fatimah (s.a) then added: ” O’ worshipper of Allah(swt), surely a thread of those garments is better than that on which the sun rises”.


Imam Hasan(as) our 2nd Imam has narrated a very famous event about his mother Lady Fatimah (as)On a particular night Imam Hasan(as) did not sleep and was watching his mother praying. He kept on watching his mother, even though he was a little boy at that time, as he wanted to know what she was saying in her prayers. He heard her words of prayer for Muslim individuals one by one. But then, he wanted to know what his mother would ask for herself from Allah(swt). Imam Hasan(as) did not sleep that night at all and was paying attention to his mother, the daughter of the Holy Prophet (saaw), and until dawn he listened to her praying for Muslims, but he did not hear her recite any prayers for herself. So Imam Hasan (as) approached his mother and asked: ” I listened to you all night and did not hear you pray for yourself, but you prayed for others. Why?” Lady Fatimah (s.a) said “My dear son, first your neighbors then your house!”.

We would encourage all converts and born Muslims to read and learn about Lady Fatimah (s.a) and create the love in their hearts for this most perfect of women. For any Muslim woman who is looking for a role model, there are none more worthy of being imitated than Lady Fatimah (s.a).